What’s the first thing that pops into your head when someone mentions the Royal Melbourne Show?

Is it trying to choose just one show bag from the hundreds on offer? The flashing lights? Adorable farm animals? Or just the very opportunity to revisit your childhood and feel the rush of adrenaline on the wild, iconic carnival rides? For us, there’s memories of enormous clouds of fluffy pink fairy floss, and staying up late, mesmerised by the sky as it lights up with all the colourful “”CRASH!” and “BOOM!” of the fireworks.

6Ft6 will be back at the Royal Melbourne Show in 2019, in the Meadow – an entertainment space with live music, food and wine, close to all of the action at the heart of the Show.

Our ultimate guide to the Royal Melbourne Show

Forget Vegas or even the Palms at Crown; don’t let the sun go down on you without seeing the Elton John Experience at this year’s Show.  For the low, low price of “included in your entry”, you can get down to the internationally acclaimed tribute band, the Elton John Experience. The virtuosic piano-playing and vocal timbre will have you believe it could really be the Rocket Man himself.

Twice a day, at the Channel 7 Entertainment Precinct you can watch Australia’s most successful magician and escapologist Cosentino, the Grand Illusionist, who will push the boundaries of what’s possible with death-defying stunts from his all-new stage show, Anything is Possible. It’s Magic.

Get up close and stare into the teeth of the most infamous prehistoric animals, including everyone’s favourite, the T-Rex.  Watch them move. Hear them roar! Marvel at the story of their 165 million year domination of life on earth. Grab a pick and chip away at fossils and take part in dinosaur-themed activities, Jurassic Creatures is an interactive walk-through exhibition that will captivate the whole family as you explore the ancient world of dinosaurs.

If a tree falls in the forest (or in Flemington) and you weren’t there to see who chopped it the fastest, did you even go to the Show? Don’t miss the skill and precision on display in the Woodchop Pavilion as Australia’s best axe-men and women battle it out for wood-chop supremacy.  From 11am to 5pm every day at the Show, these athletes will go head to head in a range of events, including the World Tree Felling Championship.

Look, maybe you don’t even need to read past item 5 on our agenda…  because who doesn’t want to immerse themselves in a space filled with fluffy, cuddly, adorable baby animals? Of course, you’re ‘”just going for the kids”.

Get up close to lambs, ducklings, chooks, goats and more and grab a cup of feed for just $2 to hand feed some of the farmyard favourites.  And make sure you snap a selfie with your favourite furry friend!  Pic or it didn’t happen.

Let’s be honest – this is why you come to the Show.  Don’t chicken out on us now. Daredevils looking for the biggest buzz can head to the Coca-Cola Thrillseekers Carnival for all the latest adrenaline-charged rides.

For rides, the whole family can enjoy, make your way to the Family Adventure Carnival – for Show favourites and fun times for families with children aged 6 to 16.

And little rides enthusiasts under six will find all their fun in the Kids’ Carnival next to the Jurassic Creatures and Woodchop Pavilion.

Yes, yes, yes – we are all aware that technically, the value equation just isn’t quite there when you’re dropping big dollars for a bag full of “fun-size” chocolate treats and cheap plastic goodies that may not even survive the train ride home.  But it’s all part of the fun!  Forget the maths and let your inner-child take the reins because the Royal Melbourne Show is home to the world’s largest Showbag Pavilion!  With 364 varieties of showbags on offer at this year’s Show, there’s sure to be something that will light you up.

The Cherries on top

Take those sophisticated taste buds over to The Winning Tastes Pavilion for a tour of some of Australia’s freshest and best food and drink. Sample and take home award-winning produce including cheese, truffle oils, desserts, wine and more in one of the Royal Melbourne Show’s must-see locations.

Now is the part where we wear down even the most vocal of objectors, because The Meadow is an undercover, semi-outdoor food and entertainment space where you can keep pleasantly warm AND close to all the action at the heart of the Show.

With ample seating (and heaters!!), you’ll be surrounded by some of Melbourne’s best eats including 400 Gradi wood-fired pizza, not to mention… 6Ft6 vino AND cocktails.

So grab a refreshing drink and something to eat, immerse yourself in some live tunes and maybe even settle in to watch the fireworks.

Obviously, your day at the Royal Melbourne Show isn’t complete without watching the Fireworks Spectacular. Lighting up the Show each night after dark, the fireworks are a spectacle not to be missed.

If you’re worried about your endurance (or ability to stay on your feet all day and still make it to fireworks o’clock), here’s a hot tip – plan your visit to start later in the day and reap the rewards!

Don’t they say you save the best till last.. well we definitely believe so. Our very own 6Ft6 Caravan will be featuring at this year’s Royal Melbourne Show (I can hear you all cheering just as much as we are!!).

We can treat you to a Prosecco, Pinot Gris, Rosé, Pinot Noir and Shiraz by the glass. If you’re feeling a bit fancy and want to treat yourself, we will be serving Frosé and Aperol Spritz, but get in quick as they’re sure to go fast.

And if your inner child has slightly more…  sophisticated taste?  You can find the 6Ft6 Twin Pack “Showbag” at the Meadow. After a long day at the Show, this is one bag you might not want to open on the train. 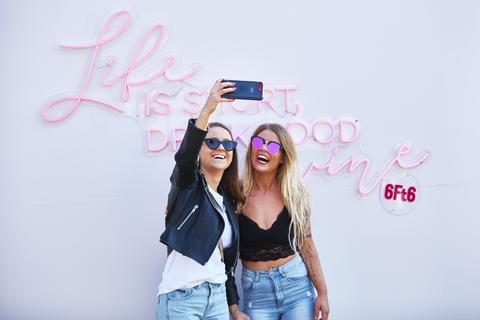 New Winemaker, Who Dis? Hey, Dwayne! Sports teams have finals.  Students have exams.  For winemakers, the big moment of truth, the event the whole year’s efforts have led up to… Easy Rosé Cocktails to make at Home There are few things as delightful as sitting outside, basking in the sun, and sipping on a crisp, bright glass of rosé. Live… Here at 6Ft6 we are surrounded by so many incredible businesses that make working in our industry such a positive experience. Along the way we have formed relationships with the… 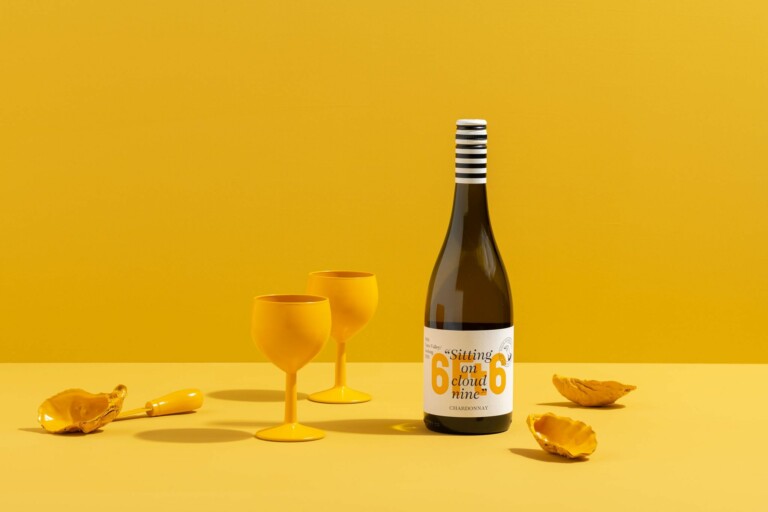 NOT YOUR NAN’S CHARDONNAY Do you think of chardonnay and turn up your nose in disgust? perhaps you have been damaged by the late 90’s chardy’s that Kath and Kim… Morgan Jamieson Living with her husband, Ryan and son, Bass, Morgan Jamieson paints out of her home studio in Ocean Grove. Morgan art is colourful, vibrant, fun and fabulous! Working…