While it might be awhile before we’re jetting off to exotic locales to taste the many and varied viticultural offerings the world has to offer, we can still dream, right?

So, to keep your tastebuds primed and your imaginations running wild, here are five weird wine traditions from around the world that you may (or may not!) want to try at home!

Drinking out of a shoe in Ukraine

Yep, you read that right.  While we’re not encouraging you to pour your favourite drop into your Manolos any time soon, this is a longstanding tradition in this part of the world.  The practice is (luckily) limited to weddings, where it’s considered entirely normal to try to steal one of the bride’s shoes.  The thief then earns the right to make other wedding guests perform playful dares.

The most common request is that other guests must drink a toast from the stolen shoe!  Nowadays, to avoid ruining the bridal footwear, it’s more likely that a glass will be strapped to the shoe to drink from, but you’ll still have to bring it dangerously close to your face!

Marriage by Wine in Nigeria

Another wedding tradition involving wine comes to us from Nigeria, where newlywed brides are given a cup of wine (poured by their father) and then tasked with locating their new husband amongst the wedding revellers.  The couple are only considered officially married once the bride has located the groom and presented him with the wine.

To make it more fun, the groom often tries to up the challenge and hides from his new bride.  Brings a whole new level to lockdown hide & seek, just sayin’.

Look, we’ll be honest, this is the one we’re most inclined to actually participate in!  Of all the freaky things people around the world get up to with their wine, The Batalla del Vino (Wine Battle) sounds like the most fun!

The Batalla del Vino is a festival in the La Rioja region of Northern Spain and takes place every year on June 29th, the day of the patron saint San Pedro.  The day begins at 9:00 am, with a procession of white clad people of all ages carrying jugs, bottles and other containers filled with red wine. Led by the town mayor on horseback, the procession winds through Haro to the Cliffs of Bilibio. A mass is then celebrated at the Hermitage of San Felices de Bilibio.

After the mass, everyone arms themselves with buckets, water pistols, bottles and sprayers filled with wine and the whole scene erupts into a messy spree of liquid debauchery!

Still in Spain, this famous wine & coke cocktail came about during one of the earlier Basque festivals when people noticed that the wines from that season’s harvest were particularly sour.  The locals decided to mix it with coke and the rest is history.

Wine on the Rocks in Japan

This is the one that will make the more… “serious” wine enthusiasts shake their heads in disbelief (don’t listen to them – you do you).  Apparently, in Japan, it’s become particularly trendy to drink wine “on the rocks” – that’s right wine lovers, wine with ice.

Savvy B with ice drinkers rejoice!  If the Japanese are onto it, maybe you’re not a wine heretic after all!  Just ahead of the curve. 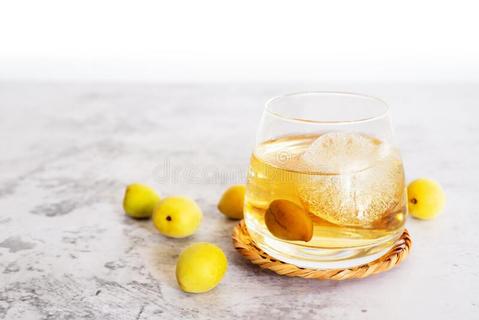 #sorrynotsorry for the incoming plethora of GIFs – after all, Christmas GIFs are the best kind of all. It’s the most magical time of the year. It’s also the time that…

The woman behind the bath and body products It is always wonderful hearing about someone who turns their passion into a business, just to be able to share their love… These Easy Wine Cocktails are crowd pleasers Prosecco is delicious on its own and it is a superb bubbles for any cocktail spritz. We have tried and tested many recipes… What is prosecco? The Ultimate Guide to the World’s Favourite Sparkling Wine And how to make the most delicious prosecco cocktail There is nothing quite like a cold glass of bubbles…

Wine Pals Unite, 6Ft6 Trivia is Here Quarantine convo growing stale?  Running out of things to talk about?  There’s only so many times we can rehash Dan Andrew’s latest Press… Whether you’re a true believer or not, there’s plenty of folks out there who believe your horoscope says a lot about who you are as a person, but we believe…